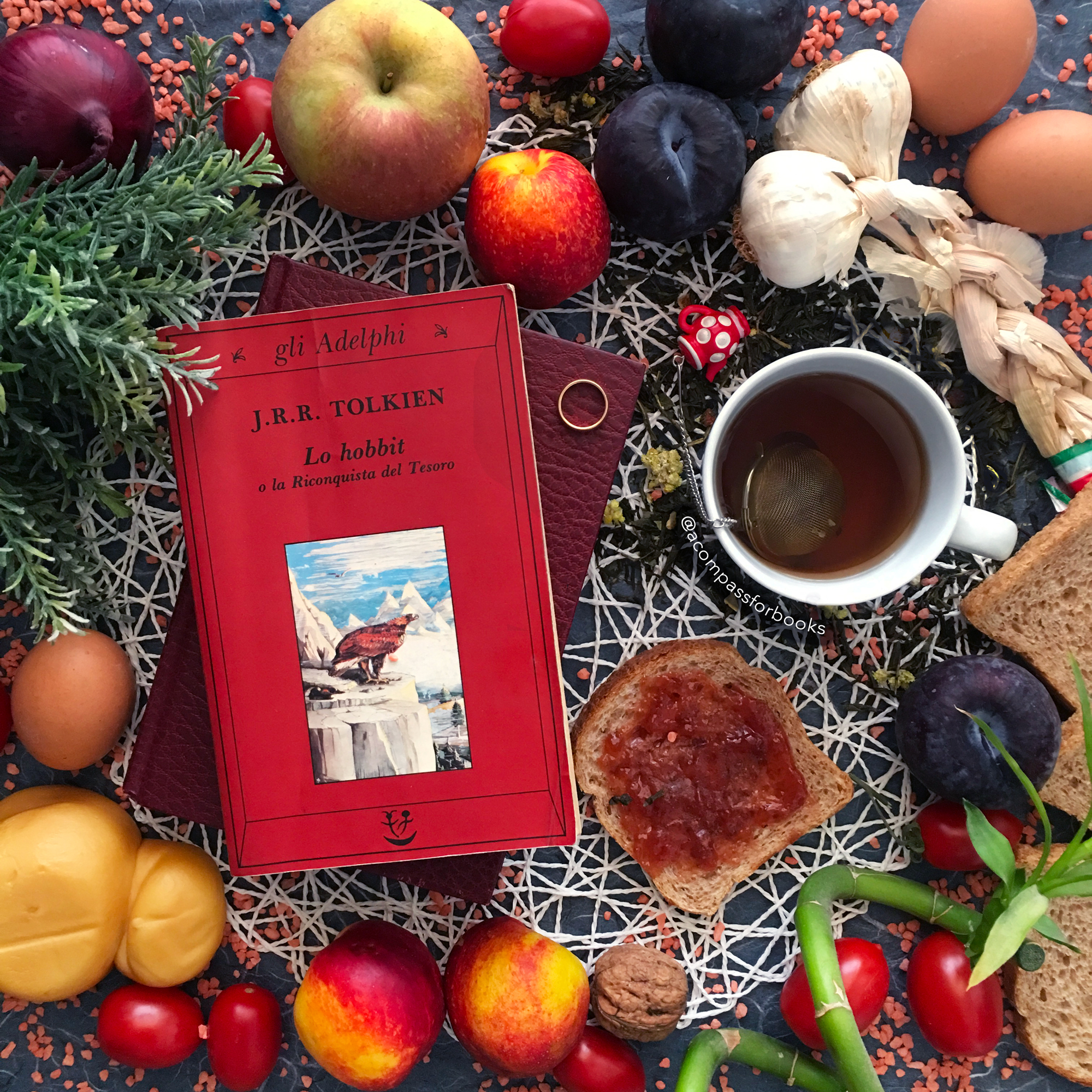 “Bilbo Baggins was a Hobbit who lived in his Hobbit hole and never went for adventures, at last Gandalf the wizard and his Dwarves persuaded him to go. He had a very exiting time fighting goblins and wargs. At last they get to the lonely mountain; Smaug, the dragon that guards it is killed and after a terrific battle with the goblins he returned home, rich! This book, with the help of maps, does not need any illustrations it is good and should appeal to all children between the ages of 5 and 9.”

J.R.R. Talkien narrative genius reveals suddenly able to engage not only every child between 5 9 as anticipated by the young Rayner, but also adults from any generation. The secret of the favourable and enthusiastic reception met by the book lies in the writer-philologist magic style that reflects the competence, passion for history, languages and literature that he put at the service of a very ambitious project: building a credible new imaginary world, the Middle Earth.

A world where an notable characterization of men, wizards, dwarves, elves, hobbits and fantastic creatures make one reflects on the multifaceted traits of personality: the valiant yet corruptible men, the brave yet wrathful dwarves, the wise yet distant elves, the good-hearted yet unadventurous hobbits. In this world people have their places and they are supposed to live sticking to it, till the wizard Gandalf manages to persuade the hobbit Bilbo Baggings to embark on an audacious journey.

‘I am looking for someone to share in an adventure that I am arranging, and it's very difficult to find anyone.' ‘I should think so — in these parts! We are plain quiet folk and have no use for adventures. Nasty disturbing uncomfortable things! Make you late for dinner!’

What one may soon find engaging about this story is how the simple hobbit nature of Bilbo turns into spirit of adventure by the daring nature of Gandalf. Their friendship makes clear from the beginning that the Middle Earth is a place where it is possible to pursue the imaginative idea of self. A land where an hobbit, whose nature expresses at best in the love and ambitions for safe and small things, finds himself capable of going on a big adventure, defying dragons, orcs, and wild creatures. An imaginary universe where in the same way a knowing and dauntless wizard may learn the value of life little pleasures and bring out the best in people.

“There is more in you of good than you know, child of the kindly West. Some courage and some wisdom, blended in measure. If more of us valued food and cheer and song above hoarded gold, it would be a merrier world.”

As a matter of fact is indeed the capacity of believing and giving value to simple things to make Bilbo able to face any difficulty with the strength necessary to go beyond appearance toward the essence of things and their better part. If we let the Talkenian universe carried us away it is easy to think that these personality traits of Bilbo are the reasons why he is chosen to find and bear for a while the ring of power, that is able to corrupt the heart of the most incorruptible men yet it will have hard time with the simple and candid nature of hobbits.

“he crawled along for a good way, till suddenly his hand met what felt like a tiny ring of cold metal lying on the floor of the tunnel. It was a turning point in his career, but he did not know it. He put the ring in his pocket almost without thinking; certainly it did not seem of any particular use at the moment”

This book lays the foundation for the great adventures are about to come in the Middle Earth told in The Lord of the Rings and its big themes such as the endless struggle between Good an Evil, friendship, change and the courage to face the unknown. The courage of heroes indeed, but also that of the everyman, the struggle of who is used to little things and habitual routine to pursue what is hard and unknown defying the fear of the inner change the it inevitably will mean.